This is where we kindly ask you to support us in our search for the rightful owners of objects of unambiguously questionable provenance. We have thus far been unable to verify the definite historical owners or the rightful inheritors of the following artworks. 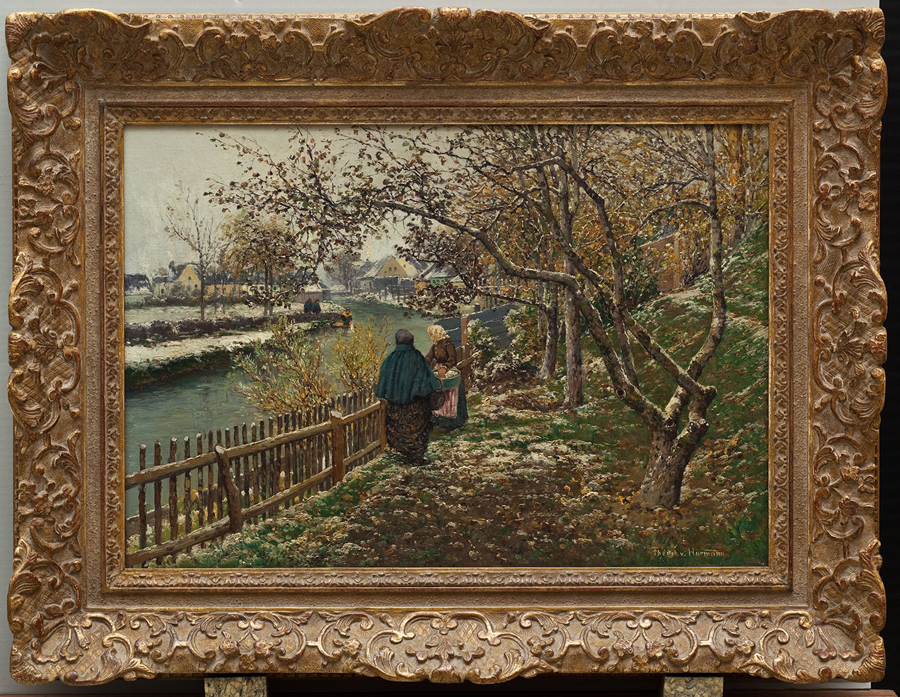 Under the title “Dorf, Garten mit Frauen an der Thaya,” originally “Erster Schnee in Dachau,” Theodor von Hörmann’s painting of unknown Jewish ownership was acquired by the Gaumuseum Niederdonau in April 1943, just before its scheduled auction at Dorotheum. 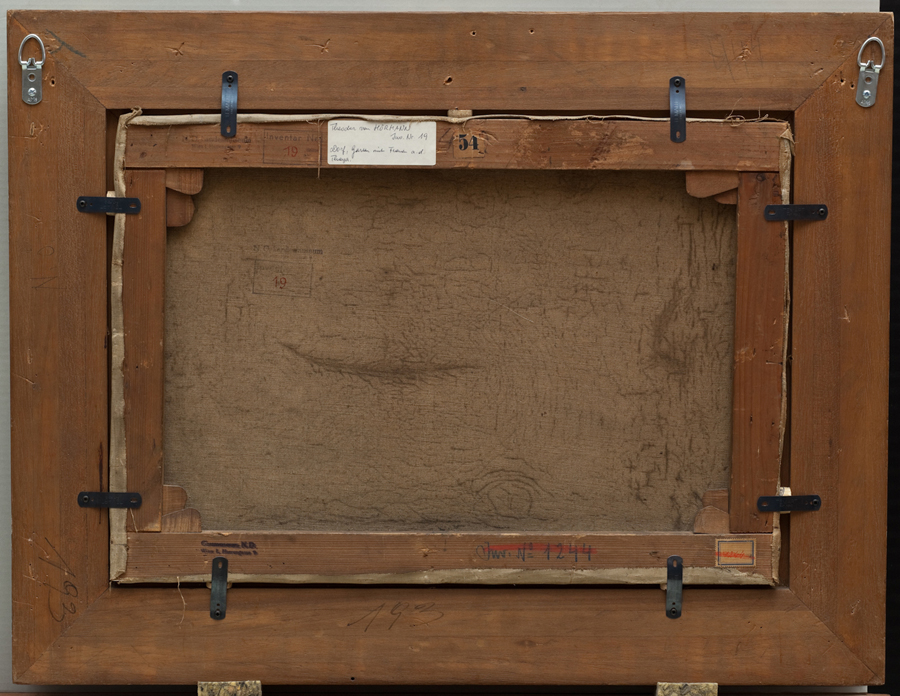